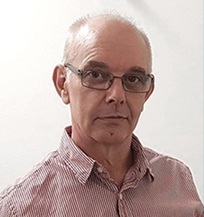 Dr Kruger is one of three Principal Partners at the practice. He was born in Cape Town, South Africa, spent primary school at Rietondale Primary in Pretoria and completed school years at Grey High School, Port Elizabeth. He went to the University of Stellenbosch, where he obtained his MBChB. He spent some time in Wales, doing Obstetrics and Gynaecology, before commencing Private General Practice in Central, Port Elizabeth.

He emigrated to New Zealand and then to Australia 1997. He spent the last 10 years doing Occupational Health, leading to further his studies and he obtained a BSc (OH & S). Simultaneously he continued with General Practice and Emergency Medicine. He obtained his FRACGP in 2007. Speaks Afrikaans and English.

A wide range of Special interests
Our Doctors
Patient Resources